For the start up of the Festival Internacional de Música y Danza, gardens of Generalife were extended southward and a spacious theatre was built outdoors, inspired by the clasic layout of nazarí Riyadh, a work by the conservative architect Francisco Prieto Moreno. The theatre is opened in 1954, as the main headquarter for the performances of the Festival ballet.

Since its building, several works have been made in order to have space for more and more complicated performances, according to the splendour and incomparable character of the place in which they are taking place.

The purpose more and more strong and demanding of the theatre joined with the wish of satisfying the needs of the audience motivated a deep proccess of restoration that finished in July 2005, so that, the programme was performed at Palacio de Carlos V during two editions.

The architecture of theatre follows the line of the vegetable garden of Generalife, the retaining walls are seen as a whole and the different borders serves as a support to the vegetation, which has a great importance at the installation. The stage is configured with a natural screen of cypresses giving a permanent and characteristic background, which is one of a kind between the scenographies we can see nowadays. 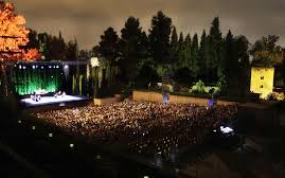 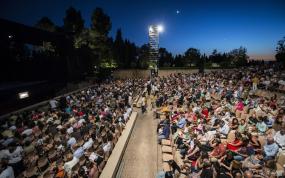 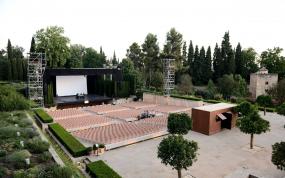 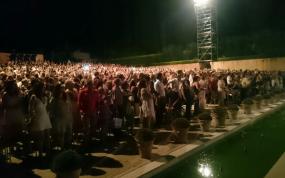 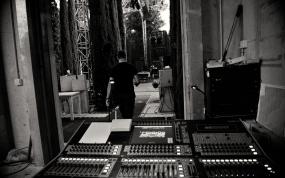